Merle Haggard and Mel Tillis are country music legends. Now, you can see and hear how their two talented sons are carrying on their musical legacy!

Marty Haggard is the oldest son of Merle Haggard, considered by many to be the greatest country singer and songwriter of all time. Marty toured with his late father and with his own band for many years, garnering a nomination as Best New Male Vocalist from the Academy of Country Music in 1986.

GRAMMY-nominated singer and songwriter Mel Tillis, Jr. has written hit songs for Reba McEntire, Trace Adkins, Lee Greenwood, Ricky Skaggs, and many other country stars. As a performer, Mel Jr. has toured coast to coast with his late father and as a solo act. He proudly continues in his father’s famous footsteps, paying tribute to his dad’s songs and throwing in a few of his own traditional country tunes.

Don't miss your chance to experience this heartfelt tribute to two of country music’s most renowned artists. Be there and sing along to such classics as “I Ain’t Never,” “The Bottle Let Me Down,” and “Okie From Muskogee.”

Come out to Margaritaville® Resort Casino Bossier City for this incredible show. Tickets start at $15 and are on sale Friday, November 29 at Ticketmaster.com and at the Margaritaville Retail Store. 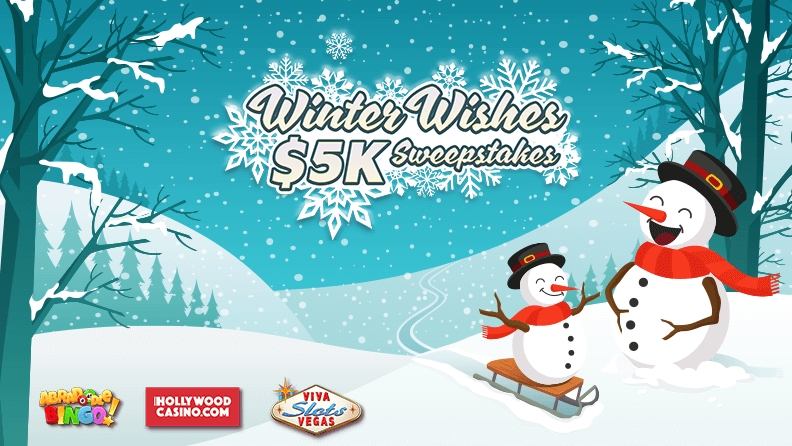 Make your winter wishes come true with a share of $5,000 in gift cards. Register and play at HollywoodCasino.com, Viva Slots Vegas, or Abradoodle Bingo January 1 - 31, 2020 to enter.